Maria Guadalupe is a 54 year old immigrant, from Mexico. "Lupe" as we call her left Mexico at age 21 with her husband, coming straight to San Francisco, CA to find work to help support her family. 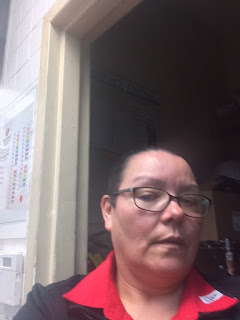 "...Men were incompetent at the basic domestic skills, but the value of women's work in the California economy was driven by more than their superior ability to darn socks, wash long johns, and change diapers" (Sex, Gender Culture and a Great Event: The California Gold Rush)


After moving to San Francisco, Lupe found work as a cashier at a local KFC, fell in love, and has been here since. She's proud to tell you she is now the manager of one of the fast food establishments, still moving up in rank.