Herstory: Christine Ainza and Her Life in the Bay 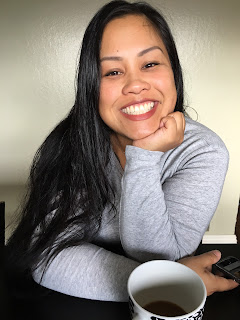 My mother's name is Christine Ainza. She is a 40 year old California native. She was born to a set of Filipino immigrant parents who moved to San Francisco in an effort to experience a better life. Christine is a mother to three children, and currently lives in the bay area. She is currently a licensed nurse practitioner and is soon to start her position. As my mother has continued her life in the bay area, she has experienced diversity, the affects of gentrification, politics, and a plethora of other things.
0:00-2:03 Segment1-Introduction: Where did you grow up? What did you remember about it?
2:03-4:18 Segment2-Diversity and Community
4:19-6:29 Segment3-Gentrification
6:30-7:55 Segment4-Gentrification in the Work Place
7:55-9:43 Segment5-Policing and Politics in the Work Place
9:44-12:51 Segment6-Discrimination in the Work Place
12:52-13:50 Segment7-Diversity/Cultural Acceptance

Segment1-Introduction: Christine introduces herself. Then, she talks about her earliest memories of the various places she lived as a child.

Christine unveils some memories about her community as a child and what specific changes she saw in her neighborhood (ex.the type of people that lived in her community)


Segment3-Gentrification: Christine expresses her thoughts on gentrification and why it has hindered her from living in San Francisco.

Christine expresses her exposure to victims of police brutality and politics in the hospital.


Segment6-Discrimination in the Work Place:
"Some white Californians urged that Filipinos be deported, but there was no legal bias for doing so... Other violence followed, spawned by fears that Filipinos were competing for jobs..."-Cherny, Lemke-Santagelo, del Castillo pg.256

Christine addresses her experience with discrimination in her field, and what possible discrimination she may face in her next job as a nurse practitioner.


Segment7-Diversity/Cultural Acceptance: When asked if there were any closing remarks she wanted to make, Christine talks about her hopes for the attitude change towards diversity.


Segment8-Closing: Christine closes by explaining what she would change about her life if given the opportunity to do so.